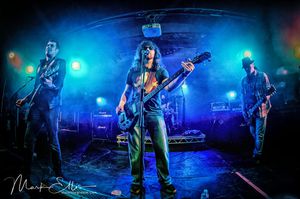 Back to business with a bang for our third gig of the year ‘The Bad Ass Bash’ at Wakefield’s Black Mass Bar (FKA The ‘new’ Snooty Fox). This ‘Bash’ tends to… 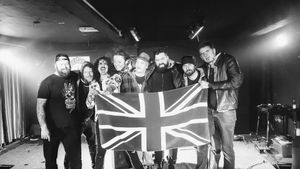 I can’t quite believe it’s rolled around already but once again its time to start a new year off and a new blog for the SB touring cycle. This should be a fun year for sure with a prospective foreign… 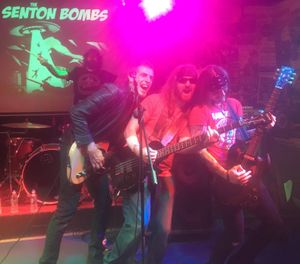 ...And now, the end is near and so I face, the final curtain…

Here we are then, last gigs of the year and both local. 2017 has flown by in the flash of an… 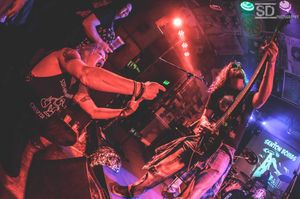 Welcome to the latest edition of the greatest piece of tour reviewing on the internet in ‘Road Stories with Kally Ka$h’. This one will be shorter than usual, covering only two gigs worth, but the stuff we have on… 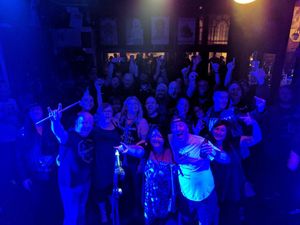 Class: I get the honour of kicking off the latest batch of Road Stories as Kally Kash, the money-making, chin-shaking, piss-taking, garden-raking, cupcake-baking, merch-boy extraordinaire went solo on the road to Guns N Roses in London. Meanwhile, we hit the… 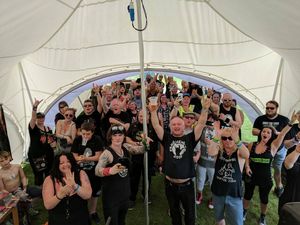 Two years had passed since we rocked Bromsgrove like a hurricane at the inaugural Break Bands Festival. Riding high on our series of cracking gigs in 2017 so far, it was time to pack the trailer and replace the electric’s… 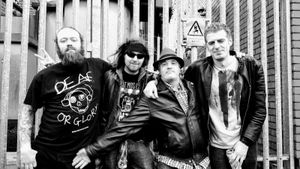 Time to hit the road again, Easter Sunday, this time just a short hop to Bolton for the B-Festival at the Alma Inn. Scott was back at the helm of HMS SB, meaning I… 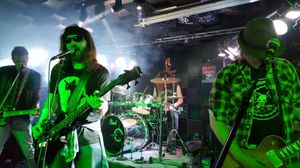 Whose shit would you rather eat?

Happy new year to all the readers of this here blog and all the SB fans out there!
The winter was spent by us all recharging and formulating plans for world domination (still working on that part). One step at… 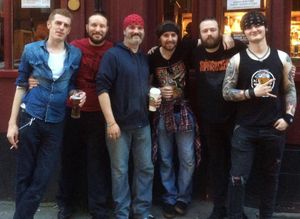 It’s that time all over again! To recap what’s been occurring on the road for the SB. It's been a hectic few months for us all with new children being raised and new occupations being embraced, also a heap more… 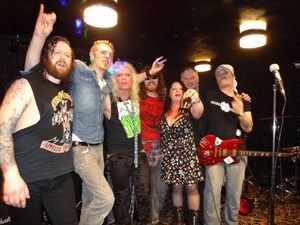 For the first time in 2016 it's time for me to recap a killer couple of gigs, the first being the Roxx's 10th Wedding Anniversary bash and the second being the annual NLC festival in Nottingham. In the time since… 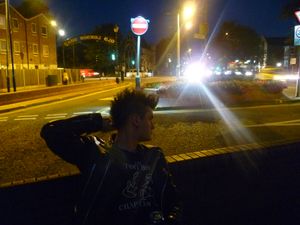 This blog is from a tour managers point of view and my own take on life on the road with the mighty Senton Bombs. I first came to do this job (if you can call it a job, job usually implies hard labour for little return) at the end of 2013 when i trekked to Manchester to see the lads open the STP Records Christmas show. A great night ensued and when the wheels of merchandise selling had been oiled via Jagerbombs and free beer(courtesy of Stu Taylor), Damo Kage and myself wandered into the crowd and proceeded to charm, cajole and convince the fans to part with much needed beer money and buy possibly the best hard rock album since Appetite for Destruction (can you tell I'm not biased yet?).

The foundations were set that night when we all realised the positives for everyone involved. I would tour with some of my brothers and get to go places I'd have never dreamed of visiting (Denmark being the best, Chasetown being the worst), Class would have someone to go round making money for his band, Damo would have a new babysitter, Johnny would have someone to practice MANY witty comments on and Scott... well he doesn't benefit I'm just one more person who takes the piss out of his beard and his fetish for trailers.

During 2014 the bombs conquered England and Denmark with a blend of high octane rock n roll that is inspired by many but ripped off from no one. As proved with rave reviews and high merch sales the latest album Chapter Zero and EP Phantom high was fed to crowds starved of something exciting, something that kicks ass like the days of bands such as Aerosmith and GNR (although no arse-wiggling is done by Joey Class your humble narrator can confirm, though his ego is bigger that our beloved Axl Rose, he calls himself Joey Class for fuck's sake).

A rundown of the characters you will frequently be reading about in this blog:

Joey Class (Class) - the brains of the operations, bass/vocals, lyric writer and the master of  muppets (the other 4)
Damo Kage (Damo) - rhythm guitarist and professional craze, your narrator gets on very well with Damo and considers him a brother in drinking (naughty gay club the other 4 have coined us, bastards)
Johnny Gibbons (JG) - the veteran of the group, lead guitarist and provider of hysterical commentary on the road, seriously don't take this man on in banter, you wont win.
Scott Mason (Scott) - the music press call him the Beast, we call him other things slightly less complimentary. Driver and drummer he takes great pride in his beard and giggles at very opportunity, we do love him though.
Kalum (The Reflection of Perfection) - your narrator of this blog, the youngest of the 5.